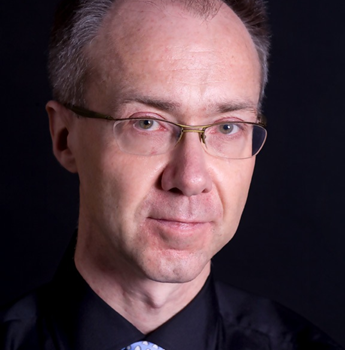 In Memoriam: A Tribute to Dr. Colin Thomas White, M.D.

Dr. Colin Thomas White, MD, Clinical Associate of Pediatrics and a pediatric nephrologist at the University of British Columbia (UBC) and BC Children’s Hospital, died on July 29, 2018 at the age of 50 years. Colin distinguished himself as a passionate and gifted medical educator and as a strong advocate for evidence-guided best clinical care for infants, children and youth with chronic kidney disease.  With humility and compassion he engaged with patients and their families and inter-professional care providers locally, nationally and internationally. His career was his life calling, to which he gave so very much and from which he derived immense personal joy. His personal work ethic was considered daunting by many. Throughout his professional journey, he earned the respect, admiration and fondness of the many whose lives were enriched through their relationship with him.

Colin was born in Scotland and grew up in New Brunswick, Canada where he also obtained a BSc degree in Science. After graduating from the University of Ottawa Medical School, he moved to London, Ontario and spent eight years in postgraduate training as an intern, resident and chief resident in pediatric medicine and as a pediatric nephrology subspecialty resident. It was here that he met his life partner, Catherine Fiona Macpherson. They even published a paper together on the anti-proteinuric effects of enalapril and losartan. He was recruited to UBC and BC Children’s Hospital in 2000 by Dr. Morrison Hurley, with whom he developed an important friendship.  After three more years of advanced clinical and research training, Colin became a member of the faculty and was promoted to Clinical Associate Professor in 2011.

In Vancouver Colin distinguished himself as a true master of teaching and learning in medicine, working closely with medical students, pediatric residents and nephrology subspecialty trainees. He had a special ability to bring any discussion back to basic principles, often leaping up to a white board to draw images and pathways that left lasting impression on all learners in the room, from medical students to senior faculty members. In his own words, he believed that this is what …allows the clinician to face the unknowns of day to day patient care. The time of day or night never mattered; if there were lessons to be learned from a patient’s care, he would take the time to teach any learners who were present. The weekly nephrology inpatient sit-down rounds became legendary, amongst the residents in particular, and earned the team the “best service of the year” award on more than one occasion.  They also selected him for the coveted Laura MacRae award as the best subspecialty resident in pediatrics (2002), the “Rookie-of-the-Year” award (2005), and the “Teacher of the Year” award (2009 and 2017).

In 2004, Colin assumed a leadership role for the dialysis program at BC Children’s Hospital. He was named the Program Director for the UBC subspecialty training program in Pediatric Nephrology in 2007.  In addition to guiding the training program through successful re-accreditation cycles, he was active at the national level as an OSCE examiner for the Royal College of Physicians and Surgeons of Canada. He established meaningful and highly valued relationships with the seven Canadian subspecialty residents and 12 international clinical fellows with whom he worked closely as their teacher and mentor. His graduates, now dispersed across Canada and the world (Iowa, Australia, New Zealand, India, Ireland, the Netherlands, Oman, Jordan, Saudi Arabia), created a network of pediatric nephrologists he continued to nourish long after their graduation.

Colin actively and passionately encouraged trainees to get involved in research and pediatric residents to consider a career in pediatric nephrology.  He introduced them to the Western Society of Pediatric Research (WSPR),that organizes the largest faculty mentored student and resident annual research meeting in the US. Its pinnacle meeting is held every January in Carmel, CA. His enthusiasm not only saw him actively involved as a WSPR member; he became a member of their Council, culminating with a term as President from 2012-13.

Colin’s involvement with undergraduate medical education at UBC was also remarkable throughout his career as a faculty member. During this period, UBC Medicine expanded, both by increasing student numbers and by adding three new campuses distributed across the province – in Victoria, Prince George and Kelowna. Colin ensured that new faculty from these distributed sites were recruited as course teachers right from the early days –an achievement for which he was lauded. For more than a decade he served as one of the “Block Chairs” and teachers, ensuring in particular that the sections on fluids, electrolytes and the genitourinary system were well taught. He especially enjoyed his introductory lectures on “Evidence-based Medicine” and working with year 4 students during the “Preparation for Clinical Practice” course. He assumed a significant role during the curriculum redevelopment project as UBC prepared to launch a completely revamped “spiral-style” medical school curriculum in 2015.  And no surprise, he was an active member of several committees, including the Medical Student Promotion Committee.

Throughout his career, working with patients and their families was always his priority and one from which he derived great pleasure.  And he was especially good at it! Though a very private individual, with his most complex patients with chronic kidney disease, he shared a level of empathy that most of us can only aspire to, for he had first-hand experience as a dialysis and kidney transplant patient. He was a true role model for providing interdisciplinary care, embracing the roles and expertise of all members of his team in order to provide optimal patient care. Colin led by example, dedicating the time that was needed with each and every family to ensure that they received all the information they required.  He used an honest and direct approach but never rushed the visits. He even incorporated his own psychosocial support on occasion, playfully connecting with a child using bubbles or using his dry humor with youth at the bedside.  In 2017 he was recognized in BC as the recipient of the Wilma Crockett Memorial Award, an award given annually to a renal care provider who has made an outstanding contribution to the betterment of renal care in the province.

Being an outstanding clinician was never enough for Colin – he actively searched for innovations in care that found him actively participating with several provincial (BC Renal Agency), National (Canadian Society of Nephrology/CSN) and international (National Kidney Foundation/NKF, World Health Organization and the Clinical Journal of the American Society of Nephrology Editorial Board) professional organizations.   He was frequently sought after for his expertise in pediatric chronic kidney disease (CKD) and dialysis (especially anemia management). He developed documents for peritonitis management at BC Children’s Hospital that were adopted by many other Canadian pediatric programs. He was invited to be a member of several working groups to develop clinical practice guidelines. These included the peritoneal dialysis section of the Taskforce on Canadian Dialysis Guidelines, the CSN Practice Committee on anemia in CKD, the Kidney Disease Improving Global Outcomes (KDIGO) Committee on CKD staging and the NKF Kidney Disease Outcomes Quality Initiative (DDOQI) Practice Committee on CKD. He was active as the BC site co-investigator for the NIH-funded Chronic Kidney Disease in Children Study, participating as a co-author for four of their publications.

It was always important to Colin that he seek published evidence to inform his clinical practice. He was the author of 50 peer-reviewed publications and also shared his expertise as an invited speaker at several annual nephrology scientific meetings and served on program committees. I think he would say that his involvement with the annual Fundamentals of Dialysis/Pediatric Dialysis Symposium over many years and his engagement with the International Society of Peritoneal Dialysis (ISPD) were some of the most rewarding of his career highlights. At the 17th ISPD Congress held in Vancouver in 2018, his professional contributions were formally recognized.

Colin was blessed with 25 amazing years with his best friend and life partner, Catherine Fiona Macpherson, RN, PhD. Colin was a passionate and gifted photographer, a devoted Habs fan, and an avid reader of science fiction. He had an eclectic taste in music and an appreciation of a fine single malt scotch. Colin will be missed, but remembered with fond memories, by his many friends and colleagues. It is befitting to end with a quote from a Robert Frost poem, The Road Not Taken, that Colin cited in his acceptance address for the Teaching Award that he received from the UBC pediatric residents in 2017, as a call to learners, including ourselves, to dare to try something different, if not a bit daring:
…. Two roads diverged in a wood and I –
I took the one less travelled by,
And that has made all the difference.